Skip to content
Reading and Writing Addiction was able to catch up with Annamaria Marta Furedi, Author of “Protector: Recovering Memories.” We are excited to share this insightful interview today with our readers.
When did you first discover that you enjoy writing and wanted to become a published author?
Very early, as a child.
What is your favourite and the most challenging aspect of writing?
Generally I write, when I feel I have something to share, something I don’t want to keep inside. It’s a very challenging, but absolutely rewarding activity.
Tell us about your latest release. How did you come up with the title of your book. 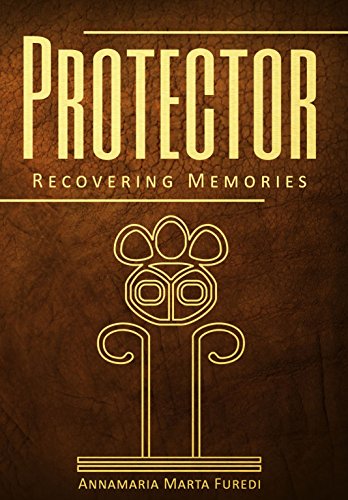 Protector: Recovering Memories refers to the main essence of knowing so many past incarnations. Together they make an incredible great context and each lifetime gets its own special meaning and significance within the big picture. And I think this knowledge should be shared with the widest audience. The discoveries are not only my own, it’s not my privilege to own them. So I feel.
What do you hope readers are able to get from reading your story?
I use my past incarnation episodes as a sort of ‘case study’, to look at what reincarnation is, and how it works. We all have our own karmic issues and even if they are rather unique there are several common traits. The laws of the universe are the same for all of us. And I believe that we can learn a lot from each-other.
Who are some of your favourite authors?
I read a wide range of books, I don’t have favourite authors.
Do you have any advice for writers looking to get published?
Be patient, work diligently and never give up on your dream.
The book contains the description of two past incarnations, Almost and Lisabeta. I’d like to bring up the Lisabeta episode, it is one of the past lives you could recollect. As to your husband H, are you sorry about the way you behaved?
Yes. I felt ashamed, I think that comes out from between the lines. I am sorry about it. Our marriage was a very unfortunate one. The disaster was predictable at its very start. Simply, we weren’t a match.
About Nicholaus, who was your childhood friend and later your lover and partner, what you feel about him now?
I still feel a lot of love about him. I don’t think this will ever change. There is an interesting thing about him. His nation choice – he was my father at Wingless Angels, and he very disliked Germans. Then, some centuries later he was born to a militarist German family… The turns of life… The turns of karma… By my observation this kind of thing happens quite often.
It’s very touching to see that loved ones meet again and again, and they may feel the same, no matter how much time went by.
Absolutely. Time is not so important from the soul’s perspective.
Could you achieve some improvement? By meditation or other way?
Very good question. Yes, I did! I managed to turn the memories connected to him positive in the latest months. To achieve this I had to travel to Germany – and there I’ve heard something that helped me to heal it. It was a talk from a man named Gunagriha. He is a disciple of Sri Chimnoy who was a famous guru. So, he said that instead of mourning what was ruined and what went dead, we shall be happy that we were given time to be together, happy that we got moments to share. This caught me. I instantly knew: this will be it, this is the word I was looking for so long. Suddenly as I thought at Nic I was able to feel differently, I saw this relationship in a whole new light. I am able to feel thankful for the days when we could be together, when we could give and accept love to and from the other – no matter how the relationship ended. This is just wonderful! Since this Eureka moment I feel much better.
How his memory influences your private life?
It’s not easy to live with it. Anytime I had a relationship, or a possibility of it, I always felt that this is just not it… But I learned to shift it aside.
You keep making comparisons?
Sometimes, yes. I do my best to ignore this feeling, because I don’t want to be the victim of our common past. And as long as he can’t remember anything, I can’t do much. It takes two to solve this.
What would you say if you met him?
Hello, long time no see… Well, I don’t know. It depends how we meet again. It would depend on how much he knows. Also it would depend on the place, on the day, on the weather, on the actual magnetic field of the Earth, pff, and dozens of other things. I can’t tell, really. Hopefully it’d go well.
What happened before this Lisabeta episode?
I had a short life in England, in the nineteenth century. I lived in a rather miserable environment and I died after I gave birth to a girl. I was no more than 18-19.
Where in England? In London?
I don’t know, it was a big city. Maybe Birmingham or London, I can’t tell.
You know, this symbol looks close to Radiohead’s sign. At least this was my first impression! I really like them. It looks very like it. Weren’t you inspired by that?

No. Actually I’ve sent them some poems many years before, including this sign. It was back in the middle of the nineties, around 1997. They were drawn on small postcards, I decorated them with this sign.
Wow, they might have used it, then! What did you think when you saw theirs? You certainly noticed the resemblance!
Of course. From my part, it’s fine if they used it, and it’s fine if they didn’t. It’s okay. I use this ancient sign as a signature long ago because it sums up my goal of writing, presenting anything. In case they had been inspired by it, that’s great.We are in this world to inspire each-other.
Would you tell me more about the Byzantine prince? In the book you did not go into detail, you only mentioned him on the margin.
Exactly. I don’t think it is wise to go into details just now, and it may not be too important. Before presenting it I want to see how people receive posthumous memoirs in general. Also, it might not even be safe to publish it. I’ll see. Firstly I’d like to sell the movie script, more like.
Any other thing you’d like to mention?
Yes. We plan to bring together a Meetup event in December. It will take place in London, and hopefully in Brighton.  For more info, come to the Meetup Event and also visit www.greenismycolour.comor Twitter.

Born in Hungary, Annamaria Marta Furedi loves to transform the ideas, notions and emotions that come to her into words.  The author has written novels, essays, poems, tales and songs in several languages.  In 2001, Furedi’s script “The Soldiers of Peace”, won a special screenwriting competition award and an excerpt of the script went on to be included in the 2003 compilation of the Young Talents’ Anthology of County Somogyby the venerated poet and philologist Arpad Papp.  After a liver transplant in 2012, Furedi was inspired by the feelings and events of that time to write the biographic book “Somebody Died So I Can Live” released in 2014. The author published the translation of the Japanese Tales, the “Urashima Tarou – Japanese Folktales” in 2014 and her first book on reincarnation, “Protector: Recovering Memories” in 2017.  In her spare time she enjoys learning about photo editing and is currently studying Python programming, data visualization and automation. Furedi’s big dreams are to sell her movie script and to build a shelter for unwanted turtles.