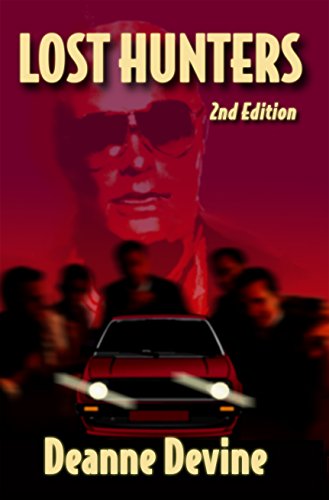 The tale of John Barker’s Hunt has been handed down for generations in Amberly County. Stories about the Hunt are mostly told around campfires, but there are some who claim it to be true. According to the old timers, once every generation, the ghost of John Barker returns to Amberly County to hunt down the person who killed him. And, oddly enough, roughly every 20 years the county does suffer a cluster of bizarre deaths.

Nineteen years have passed since the last Hunt, but the citizens of the quiet town of Miltonville are too absorbed in their own problems to take notice. Cindy Swift is preoccupied with her upcoming suicide; Troy Ivers is worrying about the midnight ceremony he plans to hold in a rural cemetery; and Leslie Vickers is very concerned that the mannequin down the hall wants to kill her.

Ed Philips is the one person in Amberly County who is aware that trouble is about to arrive. It approaches in the form of a phantom, walking in the body of a dead man. Ed knows the real story behind the legend of the Hunt, but has spent most of his life denying the truth. Now, with the fate of a young woman in his hands, he must decide whether to continue feeding his demons of cowardice and regret, or face them head on, and attempt to put an end to John Barker’s Hunt.