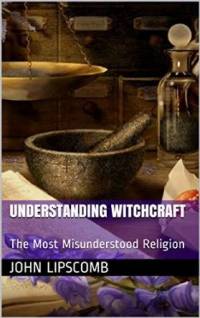 Although goddess worship is no longer a basis for hatred, it is still feared by some and misconceptions can still have disastrous consequences. In 1997 it was reported that a small village in rural Russia, two men had attempted to kill an entire family because they believed one of the women to be a witch. She survived brutal attack, but another woman was killed and four children were rushed to hospital with serious injuries. The men readily admitted to the authorities what they had done now, accusing the woman of hexing one of them. Perhaps this illustrates, why the pagan community still exists under a vale of seclusion and secrecy. What is important about modern witchcraft is that it is an attempt to get back to a kind of Earth religion, a natural religion, and that is where the importance lies. We can see some sense in which modern witchcraft connects very well with the green movement and the concerns about ecology, getting back to the Earth and not damaging the Earth. That of course is what modern witchcraft, or one of the most important parts of modern witchcraft is living in harmony with the natural order. If I want to summarize modern witchcraft, that’s the way I would summarize it. With modern day writers, spinning tales of witches and witchcraft aimed at children, the traditional question asked on storm vetted, rain drenched, wind blasted, heath of when shall we three meet again, is more likely to be answered with, well I can manage next Tuesday, than with fear and persecution. Torture and the stake have given way to persecution, entertainment and a new found faith in old ways. Witchcraft is mainly represented through literature and the media, portrayed with a traditional image. We can see now that this is a far cry from the true practices of the craft.

Understanding Witchcraft: The Most Misunderstood Religion by John Lipscomb is available at Amazon.com.