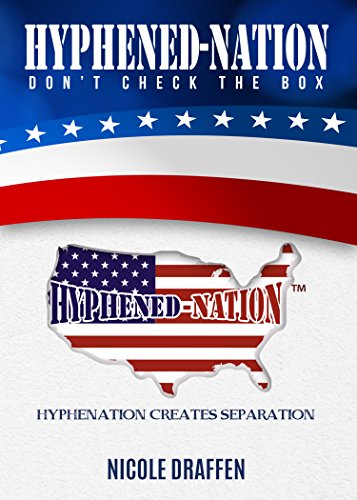 Please tell us about your latest release.

lived overseas. I experienced an awakening of my true self that I never realized was suppressed. At least not until I lived in a country whose countrymen viewed me as a person, with no preconceived stereotype based on the color of my skin.  I was assumed to be British until I spoke, and then I was simply viewed as an American.   Not as an African-American with all the stereotypical notions shackled to my nationality. It was an awakening moment.

When I returned home the stark understanding that I could not be my true self in my own homeland weighed upon my heart and soul like a stone. I started writing about my experience as both a cathartic, and inspirational tool.  I decided to write about my experience to leave as a legacy to my nieces and nephews who would have to grow up in hyphenated society. As I enlisted Beta readers to review each chapter, more and more people started sharing their stories and asking me to spread this message to a wider audience.  That is when I learned how many people felt this suppressed pain of being tied to a hyphen. That’s how the movement “Don’t Check the Box™” began organically. To quote from my book, “The hyphenation of your nationality minimizes your standing in the nation. The hyphen might as well act as a minus sign. Both are represented by the same symbol, and have the same consequences. Just as a minus “takes away” a numerical value, its counterpart hyphen lessens the value of your nationality.”

The title Hyphened-Nation™ came as a natural offshoot of the subject matter of the book.

What do you hope readers are able to get from reading your story?

I would like to give my readers a broader understanding of why hyphenation equals separation. America has evolved into a society where we no longer see each other as Americans. I am a born and bred American, yet I have been asked innumerable times throughout my life, “What are you?” based on the color of my skin, and the way I talk. Questions like, “You can’t be just black.” Or “You don’t look all black”. Like this somehow helps them determine who I am or how I should be treated.  This stems from living in a hyphenated society. I have no intention of living up to someone’s learned expectation, via media stereotypes.  I see politicians talking about capturing the Asian, Latino, Black vote. Aren’t all these people American? What about capturing the American vote? How many billboards feature ad with multi ethnic couples? It’s still taboo in this country. Remember the Cheerios commercial featuring an interracial couple?

As Americans we should make an effort to refuse to check ethnicity boxes. I realize in some cases it is needed, but by and large it is not. There are many brands I refuse to support. I will not buy their products simply because I do not appreciate the way they depict Americans of various ethnicities.  There are many television shows I refuse to watch because of negative stereotypical racial portrayals. I also will not buy the brands that support their programs. This is not difficult because luckily in America, my alternative choices are limitless.  If you support via viewership, or monetarily something that you feel is wrong, and then wonder why it never changes, look in the mirror.

The most challenging part of writing is definitely getting started on the journey toward whatever story, or message you are trying to convey. Then daily, weekly monthly or yearly carrying that torch of perseverance to its inevitable conclusion.

I’ve received so much positive feedback it’s incredible. I was tentative in the beginning of asking for support because although I knew intrinsically it was a weighty issue, l had not yet understood the massive oppression a hyphen wielded. People became so excited when I ask them to support our movement I was actually surprised. It was if they had been waiting for someone to speak out about this subject. This subject releases some deeply felt emotions that have been under the surface their entire life.  The stories I’ve heard from bi-racial children have been the most heartbreaking. Imagine having to renounce one of your parent’s ethnicity simply because you look more like one parent over the other, and then be saddled with a hyphen to reflect that.  Why do we, as Americans, allow this idiocy to continue?

Our movement’s battle cry, “Don’t Check the Box™” is a call to action. We have wristbands via our website hyphened-nation.com to show your support, along with a template letter on our website that only requires your signature, your local representatives name, then you can cut and paste and email, or print it out and snail mail it to you state representative.   Americans have been burdened long enough with a hyphenated nationality, ant it being used to determine who they are.

I descend from a long line of teachers, and I enjoy teaching as well. So writing is a natural medium for me to illustrate lessons learned, and insights.  Writing expands my vision in ways that merely thinking about a subject, and/or talking about it cannot.

HYPHENED-NATION: DON’T CHECK THE BOX by Nicole Draffen is available at Amazon.com.