Reading and Writing Addiction was able to catch up with Dr. Frank Chase Jr., Author of “Kleptomaniac: Who’s Really Robbing God Anyway?” for an interview. We are excited to share this insightful interview today with our readers.

When did you first discover that you were a writer?

I discovered I was a writer when I was in high school. I used to listen to a radio show called mystery

theatre and I would often remark to myself that what I heard were truly good stories. So I started trying to write short horror stories, myself. I submitted my stories to the radio station, but I never got any of my stories accepted or broadcast. Even after rejection, I still tried to write stories. One of my earlier stories was titled, The Transylvanian Electric Knife Slice Up. It was horror story about a mad doctor who would kidnap people and remove limbs, then allow them to heal and remove another limb. It’s kind of morbid isn’t it. Back then, I watched a lot of horror movies growing up. My other short but long story was about the tallest technical, computerized high school in the world. One the first day of opening during the celebration, the computer center collapsed on the ground level, trapping students in various calamitous situations throughout the 100-story structure. The story lines was about finding out who faked the survey reports for the land and allowed the school to be built.

I would have to say that researching is my favorite part of writing because it allows me to think about what direction I’ll go in when putting words from the heart of research to paper. Writing for me is like an archaeological journey. I get to discover and reveal what the general reading audience does not know or was never aware of before. Non fiction books are really great to write because you get to offer different perspectives to readers and to challenge them to thinks on other levels.

The most most challenging aspect of writing is getting started. I tend not to like the first words I pen to paper, so I rewrite the first words more than once until I think I hit gold.  I also think reading what you wrote with a critical eye can be a challenge too because you are so wedded to your own words and that’s tough. Editing is another area that is challenging. When it’s time to cut, you really don’t want to loose anything in your manuscript. And I’m the type of writer who will fight for every word. However, in reality, letting go of words can make for a better book.

Tell us about your latest release.

My latest release, Kleptomaniac: Who’s Really Robbing God Anyway is book that take you on a journey into the annuals of biblical history concerning what the Bible teaches about tithing and giving. I deem the book a proverbial archaeological quest to uncover the true meaning of biblical words that deal with money. The book examines whether or not the doctrine of tithing ten percent of your income is a requirement in the New Testament. I meticulously examine the word tithe in both the Hebrew and Greek language to explain what the means in context of scripture. Kleptomaniac also explains the concept of giving from a New Testament perspective without the mandate of ten percent and explains why the Apostle Paul never mentioned tithing to any of the New Testament congregations. From Genesis to Revelation, this book is about how to properly interpret biblical terms to arrive at the proper interpretation of a biblical text that refers to money or tithing. I also theologically examine the pros and cons about tithing and non-tithing and present analysis and conclusions so that the reader can make an informed choice as to how they will give in the future. Since money is vital in every part of society and the church, this book spends a considerable amount of time detailing how money was used in the Bible to help readers know the difference between tithes and money. The tithing phenomenon has been around for centuries and this book is an expose’ into the how the current doctrine came into existence and who the culprits were who played a major role in what churches teach today concerning monetary tithing.  KLEPTOMANIAC is a back to the past look at Israel’s history and how they practiced tithing in a theocracy based on the land, language and literature of the Hebrew people.

That’s a good question. So, in most churches on any given Saturday or Sunday, pastors all over the country talk about tithing and that all members are required to pay a tenth of their income to God. The title of the book comes from that fact that when people do not tithe as required, they are often called names like God robber, thief, sticky fingers or are told they steal God’s money. I took those words and came up the title Kleptomaniac by virtue of its actual meaning, which is someone who habitually steals and can’t help themselves. So the point is, people who don’t tithe can’t help but pick pocket God of his money. So the book’s title seeks to have readers determine if they are kleptomaniacs who really rob God.

Who are some of your favorite authors?

My first favorite author is Stephen King of course. Then I would have to say T.D. Jakes and Gordon Dalbey.

What do you think has influenced your writing style the most?

I would have to say that Gordon Dalbey and T.D. Jakes probably had the most influence on my writing because of the way they put words together that just make you say, “now that’s good.”

How did you get published?

Do you have any advice for writers looking to get published?

The advice I’d give any author is to spend lots of time researching self-publishers and make sure you know what they can do. Everybody who hangs out a business shingle on the internet cannot always do what they say they can do.  I would also say, don’t be afraid to do it yourself. Self publishing can be a challenge but the reward you gain in learning the business pays off later. For example, my first book was expensive, my current book not so much.  As for editors, be very careful with anyone who say they can edit. There are many people out there who claim they can edit, but I would say get samples from everyone and editorial references to judge their work. But then if you know a good local editor with an excellent reputation, that should be your first choice. 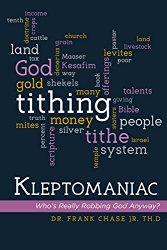