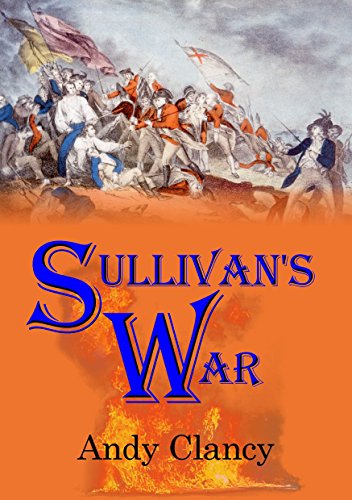 Defending Gibraltar from the might of the Spanish and French forces will stretch Sergeant Tom Sullivan to his limits.

But if anyone can withstand the siege from land and sea throughout 1781 it is the Irish veteran of the American War of Independence.

Outnumbered and outflanked, his band of brothers from the Light Company of the 39th Regiment of Foot, with Tom at their helm, fight for their lives as well as their country.

Sullivan’s War, just like this beleaguered 18th century British colony, is no place for the faint hearted.

But bravery brings its rewards as Sergeant Sullivan soon catches the eye of British high command as well as Gibraltar’s tavern owner, Lara.

With love comes hate, and old feuds die hard amidst the chaos of siege warfare.

Sullivan’s War is a thrilling historical adventure in the months leading up to the infamous Grand Attack.